Mia Ferguson and Brynn McNally are the notorious Monsters of Brickhouse Lane. Five years ago they murdered their best friend Summer Marks in the exact way described in their fanfiction and then got away with it. But here’s the thing nobody will believe; they really didn’t do it. On the 5th anniversary of Summer’s death, the former friends reunite to find the truth.

Jess gave me this book for my birthday and it was so much in my wheelhouse. I’ve been a fan of Oliver’s writing since the Delirium series and one of the few true comes stories I’m fascinated by is the Slenderman stabbing. I was excited to see how these elements and fanfiction was going to be used and…I was a little disappointed in the execution. The inclusion of the fanfic didn’t feel natural or realistic and most of what they were “discovering” had no bearing on the mystery.

END_OF_DOCUMENT_TOKEN_TO_BE_REPLACED

I love a good mystery thriller and I picked this one up because I saw Christine Lakin was the narrator. Lakin only performs the first chapter of this book and her performance of Kimmy Crepeaux, a guilt-ridden down on her luck, small town twenty-something opioid addict confessing her role in a double murder, was a stand out and chilling performance. Robert Petkoff takes the lead for the rest of the book and captures the anguish and heartbreak that follows the gruesome confession. They both commit to the distinct New England accent without overdoing it.

In most crime stories getting the confession is the end of the story, but for FBI agent Rob Barrett it’s just the beginning as he scours the small town of Port Hope, Maine to prove nothing about this crime is what it seems. Koryta makes excellent use of the setting and current events about class, false confessions, and opioid addiction to weave a mystery that forces Barrett to come to terms with what the truth really means.

I’ve never heard of Michael Koryta and based on what I’ve read online and seen in bookstores, at just 36 years old, he seems to be part of the new generation of authors behind the so-called “Dad Books” a la Dean Koontz, Lee Childs, and David Baldacci.

I also see on his website that Kroyta is an award-winning journalist, which is probably why Barrett’s journalist love interest was portrayed realistically, HOWEVER this means the book fails the Audie Cornishtest where the female journalist sleeps with a source.

Next time I need a page-turning read I know exactly where I’ll turn.

END_OF_DOCUMENT_TOKEN_TO_BE_REPLACED

In this reimagining of Arthur Conan Doyle’s famous detective Sherlock Holmes is the pseudonym of Charlotte Holmes, an overly practical and hyper-observant member of the gentry who doesn’t quite fit into society’s standards. She spends her time solving everyday mysteries via letters, but when scandal strikes and Charlotte’s life is turned upside down, she finds herself solving her biggest mystery yet–a murder.

This is a fun origin story and functions as a kickoff for the rest of the series. All of your favorite Sherlockian characters are present but are introduced in new and interesting ways that I don’t want to spoil. Thomas gets into the nitty-gritty of the kinds of hoops a Victorian woman would have to go through to get to do any kind of detective work. There is definitely a feminist thread throughout the series, particularly when you look at how the circumstances of the main mystery are changed from the original story.

This is my first foray into the mystery genre and hopefully not my last.

Can we talk about how Sherry Thomas is slaying everything?She writes award-winning historical romances, YA fantasy and mysteryall in English–which is her second language! There are lot of romance authors who write more than romance, but she seems to be the only one to have a name for herself in so many genres. 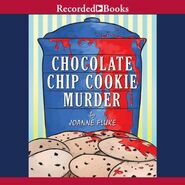 You’d think after reading seven In Death books about the surly and biting New York City detective Eve Dallas that reading about Hannah Swenson, a sleuthy cookie shop owner in a small Midwest town, would be a cake–er–cookie walk

But the more I thought about it the more I realized that Hannah Swenson is pretty scary. Cause when the local milkman is found shot in an alley Hannah (because her brother-in-law is investigating)  gets swept up in the case as she finds clues, makes  connections and solves the murder !