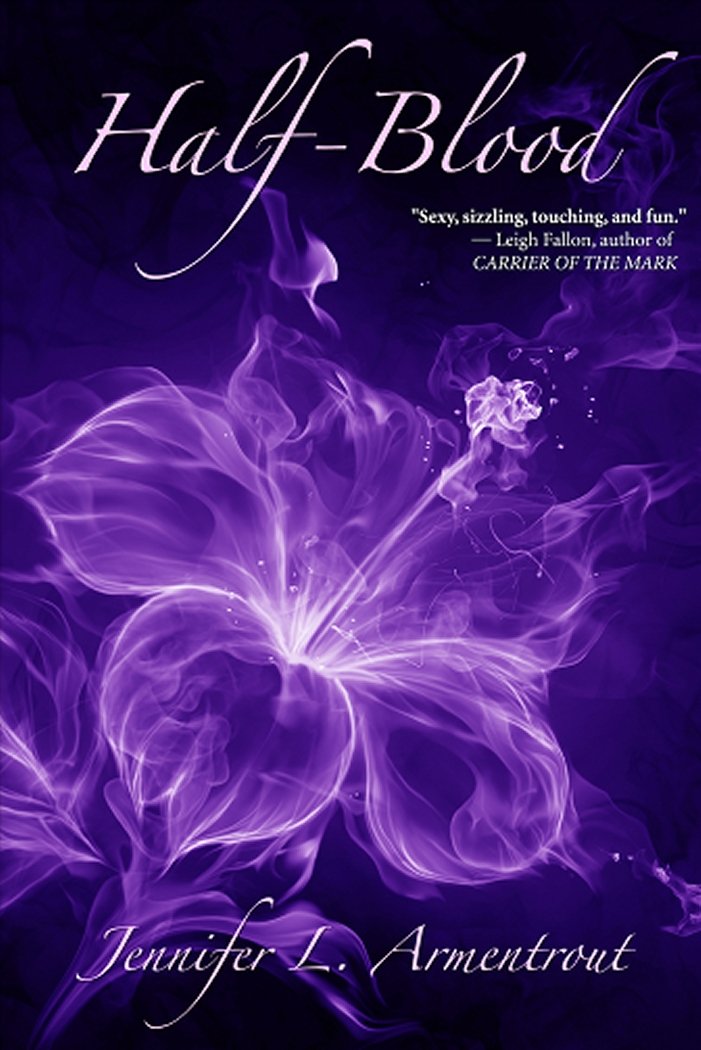 Synopsis : The Hematoi descend from the unions of gods and mortals, and the children of two Hematoi-pure-bloods-have godlike powers. Children of Hematoi and mortals-well, not so much. Half-bloods only have two options: become trained Sentinels who hunt and kill daimons or become servants in the homes of the pures.Seventeen-year-old Alexandria would rather risk her life fighting than waste it scrubbing toilets, but she may end up slumming it anyway. There are several rules that students at the Covenant must follow. Alex has problems with them all, but especially rule #1:Relationships between pures and halfs are forbidden.Unfortunately, she’s crushing hard on the totally hot pure-blood Aiden. But falling for Aiden isn’t her biggest problem–staying alive long enough to graduate the Covenant and become a Sentinel is. If she fails in her duty, she faces a future worse than death or slavery . . .

I know what you are thinking. How have I not read this book ? Jennifer Armentrout is probably every bloggers favorite author.

In 2011 Armentrout started off at two small presses (Spencer Hill and Entangled) , since then she has gained legions of fans and  plenty success to accompany it. She was one of  Entangled Publishing’s first books to be produced in mass market papaerback and the first Spencer Hill author published in hardcover.

Jennifer has seamlessly crossed the genre line writing  YA, New Adult and Adult Fiction. She recently signed a six figure deal with HarperCollins and has contracts with Harlequin and Disney/Hyperion.

And Half-Blood is the book that started it all.

This novel came out back when I first stared blogging in 2011 and Armentrout’s take on Greek myths was a  nice change of pace from all the vampires and dystopia that was so popular.

Half-Blood establishes a world where the offspring of the Greek gods live in secret. There are the Pures, the elite class of pure demi-gods with god-like powers and the Half-bloods who are a lower caste of  half demi-god and half mortals.

Alex is a Half-Blood and  three years ago she and  mother left the protection of their home for reasons unknown to Alex. After her mother’s death Alex is back home  and ready to take her place as a Sentinel, a protector of the demi-gods, but not all is what it seems.

I liked how everything wasn’t perfect for Alex and  how she rolls with the punches. She’s not instantly good at anything and has to work to be as good as her classmates when it comes to Sentinel training. As a character her hand isn’t  held and no one leads her to believe that “everything will be alright”.

As for the romance of the novel I was sort of  nonplussed, I mean I knew what to expect. Aiden  is a Pure and is of course the sexy older guy who is a  serious protector but also has a fun side. The forbidden relationship that starts between Alex and Aiden and Seth’s role in the story did sort of spice up the romance but I don’t know. . .  I’ll have to see how this love-triangle like thing develops in the next book.

I liked the political going ons in the story; how the Half-bloods want to be treated like equals and what the discovery of an Apollyn ( a rare Half-blood with Pure powers) can do to elevate their cause.

I thought I had some idea what was going on with the plot but it took a few turns I didn’t expect. The only thing I would have wanted from this book was a little  more non-romantic relationship building between the characters. Like a better understanding of Aiden’s relationship with his brother Leon and more about the relationship between Alex and her Stepfather/Uncle

Compared to the other Greek Myth inspired series I have read Half-Blood was even paced and action-packed  .

Half-Blood has a semi-predictable plot, a great mythos and a few swoony male leads. The action and story buildup has me wanting  to read more so I will certainly be checking out Pure.

I found reading Daimon (the free e-noevlla ) before reading Half-Blood helps create a more complete story. I just really enjoyed the way it flowed together, I think they should put it in the book.