Info: In her debut collection, New York Times best-selling author Holly Black returns to the world of Tithe in two darkly exquisite new tales. Then Black takes readers on a tour of a faerie market and introduces a girl poisonous to the touch and another who challenges the devil to a competitive eating match. Some of these stories have been published in anthologies such as 21 Proms, The Faery Reel, and The Restless Dead, and many have been reprinted in many Best of” anthologies. 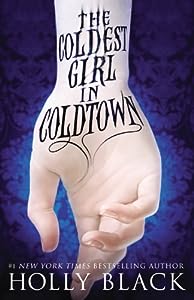 Did you know Holly Black’s newest novel, Coldest Girl in Coldtown started off as a short story ? It was featured in a 2010 anthology called The Poison Eaters, Coldtown comes in at just under 30 pages.

While at the Beautiful Creatures book signing last month, Kami Garcia raved about Holly Black’s short story The Coldest Girl In Coldtown and how excited she was to find out that Black was writing the novel. I decided to pick it up at the library to  learn a little bit more about Coldtown.

Now, you know Black’s Curse Workers series is one of our favorite reads at Books and Sensibility and when another authors recs something,  wehave to check it out.

Coldtown is a character driven story about Matilda; a 16-year-old girl who was bitten by a vampire and is now going cold. Literally. In the midst of her transformation, alone and drunk on the streets, Matilda sees her chance to do one last good deed and helps the boy she loves before accepting her fate as a vampire.

Coldtown is where she is headed. A quarantined vampire town where humans and vampire go in and never come out.

I don’t really know how to review this short story as I’ve never really read short fiction and this is very short fiction. The plot and setting left me wanting so much  more, I found my self missing large story arcs. Black does a great job at crafting characters in such little space. Through little actions and descriptions we get a feel for who they are and who they will be.

It was an interesting twist on the  vampire lore. Once again Black focuses on the separation of a group of supernatural beings. However unlike the Curse  Worker’s series, the supernaturals are admired and feared, instead of just feared. I also appreciated the nice mix of social media and technology references.

There was also this odd incident where the characters name changes from Matilda to Melinda. I’m not sure if that is a typo or if it’s intentional.

Judging by the synopsis the  novel doesn’t seem to focus on the same character as the short story, but I imagine that it will build on the world and setting.

Interesting fact : Matilda states that the day she died is September, 3 2013. The novel comes out in September 2013. The story wasn’t published in this anthology until 2010 and the deal wasn’t announced till 2011…how did she know ?

Tana lives in a world where walled cities called Coldtowns exist. In them, quarantined monsters and humans mingle in a decadently bloody mix of predator and prey. The only problem is, once you pass through Coldtown’s gates, you can never leave.

One morning, after a perfectly ordinary party, Tana wakes up surrounded by corpses. The only other survivors of this massacre are her exasperatingly endearing ex-boyfriend, infected and on the edge, and a mysterious boy burdened with a terrible secret. Shaken and determined, Tana enters a race against the clock to save the three of them the only way she knows how: by going straight to the wicked, opulent heart of Coldtown itself.

The Coldest Girl in Coldtown is a wholly original story of rage and revenge, of guilt and horror, and of love and loathing from bestselling and acclaimed author Holly Black