Waiting On Wednesday is a weekly event, hosted at Breaking The Spine, that spotlights upcoming releases that we’re eagerly anticipating.

This weeks Waiting on Wednesday features some novels I’ve found on various book blogs that have caught my eye ! 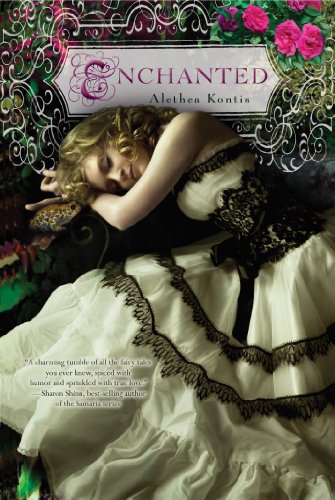 Synopsis : It isn’t easy being the rather overlooked and unhappy youngest sibling to sisters named for the other six days of the week. Sunday’s only comfort is writing stories, although what she writes has a terrible tendency to come true.

When Sunday meets an enchanted frog who asks about her stories, the two become friends. Soon that friendship deepens into something magical. One night Sunday kisses her frog goodbye and leaves, not realizing that her love has transformed him back into Rumbold, the crown prince of Arilland—and a man Sunday’s family despises.

The prince returns to his castle, intent on making Sunday fall in love with him as the man he is, not the frog he was. But Sunday is not so easy to woo. How can she feel such a strange, strong attraction for this prince she barely knows? And what twisted secrets lie hidden in his past—and hers?

I have seen this cover everywhere and after reading the synopsis I really like the fairytale aspect to it. Also isn’t Sunday a great name ?

Synopsis : Tess, an aspiring seamstress, thinks she’s had an incredibly lucky break when she is hired by famous designer Lady Lucile Duff Gordon to be a personal maid on the Titanic’s doomed voyage. Once on board, Tess catches the eye of two men, one a roughly-hewn but kind sailor and the other an enigmatic Chicago millionaire. But on the fourth night, disaster strikes.

Amidst the chaos and desperate urging of two very different suitors, Tess is one of the last people allowed on a lifeboat. Tess’s sailor also manages to survive unharmed, witness to Lady Duff Gordon’s questionable actions during the tragedy. Others—including the gallant Midwestern tycoon—are not so lucky.

On dry land, rumors about the survivors begin to circulate, and Lady Duff Gordon quickly becomes the subject of media scorn and later, the hearings on the Titanic.

I’m not familiar with aftermath stories about  the Titanic, but this one sounds like it could be interesting, I am especially intersted in the media aspect of it. I mean were there really hearings about the Titanic ?

Also, Has anyone noticed an influx of books with characters named Tess ?

Books and Sensibility is participating in NaBloPoMo. What’s NaBloPoMo ? Find out here !